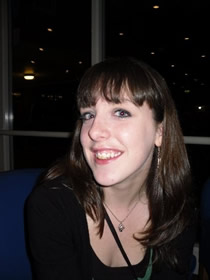 I was originally drawn to apply to Clare for three reasons – its beautiful stone bridge, its reputation as the ‘friendly college’ (which it most definitely is!), and the incredible underground bar which is widely renowned as the best in the university. However, what finally decided it for me was Clare’s emphasis on reading the literature rather than the academic criticism, and their enthusiasm for letting students pursue their own interests rather than prescribed interests made it sound like a place where I could enjoy studying. Also, having suffered the tedious A-level approach of drawing out the study of one Shakespeare play for an entire year, I was attracted to the idea of studying the plays at the more interesting pace of one a week.

After receiving an offer, I heard that Clare has a reputation for being ‘the’ college at which to study English, a fact which might have intimidated me had I heard it before applying. However, I would urge no-one to be intimidated by this – having spent a year here, Clare has more than lived up to its first-class reputation, and it offers a learning environment which anyone with a love for literature should want to be a part of. If you want to be part of it, don’t let any admissions statistics put you off.

On the subject of feeling intimidated: try not to panic about the interviews! I had never experienced any kind of interview before applying to Cambridge, and to suddenly be in a room with two academics asking me questions about my opinions on literature was something completely alien to me. However, just because it was something that I was not used to doesn’t mean it was something I couldn’t enjoy. You will probably have two interviews, in which you will be asked questions about your personal statement and about the reading list which the college will ask you to send in prior to interviews (you will also be asked to send in two marked school essays). Before each interview you will be given a piece of unseen literature, probably a poem for one and a piece of prose for the other, which you will be asked to comment on in the interview (don’t worry, you’re given time to prepare beforehand!). Though this does sound daunting, try not to let it phase you. You should think of the interviews as a good opportunity: you’re getting the chance to discuss the subject you love with two experts in the field, and you should enjoy the experience!

What I have enjoyed most about studying English at Cambridge is the amazing flexibility of the course. Teaching is focussed around weekly supervisions, usually one or two students discussing the work from that week with their supervisor. Being taught in such small groups means that you can really tailor your work around what you want to do – after the limitations which you may have felt at A-level, it is wonderful to have the freedom to choose for yourself which writers you want to write about, and what you want to write about them. This freedom even extends as far as lectures, which aren’t compulsory for English students, meaning you can pick and choose which lectures you want to go to based on whether or not it’s relevant to that week’s work, whether you like the lecturer, or just because you think it looks interesting! But it also means that, on that Monday morning when you really don’t want to get up, you can stay in bed, happy in the knowledge that all your unfortunate scientist friends are miserably shuffling off to their 9am lectures.

Of course, Cambridge isn’t just about the work and lectures – there are so many other activities to get involved in. This year I have played in the Clare orchestra and the University Ceilidh Band, played netball for the college, worked the Clare Ents nights in the cellars, and helped out on the college Access Tour. Whether at prestigious university level, or just for fun at college level, whether you are sporty or musical or outdoorsy or political, there will be societies to suit you. There is a chance for everyone to create a life that they love at Cambridge, and so I wish you the best of luck in applying!